"Whatever Rotary may mean to us, to the world it will be known by the results it achieves. " 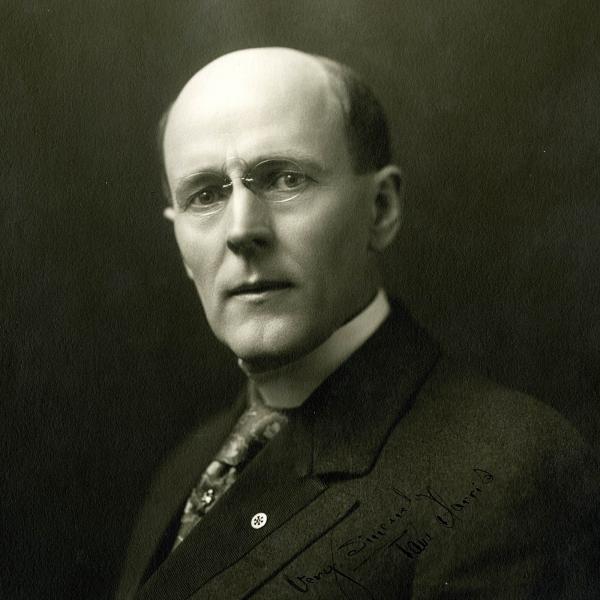 Rotary is one of the very first and large international social service organizations, whose stated purpose is to bring together business and professional leaders in order to provide humanitarian services, encourage high ethical standards in all vocations, and to advance goodwill and peace around the world.

Members of Rotary Clubs are called Rotarians. They are volunteers and guided by the Rotary International motto - Service Above Self. They work locally, regionally and internationally to address hunger, improve health, provide education and training opportunities, strengthen peace and eradicate polio.

Below are some important historical facts related to Rotary:

Year 1905  – attorney Paul Harris has  organized the first Rotary meeting on February 23 in Chicago. Shortly after this meeting the first-ever Rotary club of Chicago was founded. The name Rotary comes from the early practices of rotating (moving around) meetings between club members' offices.

Year 1908  –  The second rotary Club is organized in San Francisco and receives its symbol on November 12. Founding members Homer Wood Chester H. Woolsey, and Roy R. Rogers participate in the statutory Banquet. The members elected Homer Wood as their President, and he became known as Rotary's father on the Pacific coast.

Year 1912 – the first Rotary Club outside United States is organized in London.

Year 1921  – Rotary clubs have been organized on 6 continents. Rotary's popularity spread, and in 10 years new clubs appeared from San Francisco and New York to Winnipeg (Canada).

Year 1979  – Rotary Foundation is sponsoring its first Health, Hunger, Humanity Grant: a project that vaccinated 6 million Filipino children against polio. This grant became the basis of the Rotary movement's struggle against this terrible disease, which paralyzes children in the first place.

Year 1989  – The Legislative Council approved changes to the Rotary Constitution allowing women to join the Rotary movement. Hundreds of women throughout the United States have dedicated themselves to Rotary service. Rotary clubs in Budapest (Hungary) and Warsaw (Poland) reopened after a 50-year hiatus caused by World War II and the division of the world into opposing blocs.

Year 2009 - the Gates Foundation's contribution to the PolioPlus program rose to $ 355 million, to which Rotarians around the world added another $200 million

The organization has cemented its reputation among Presidents, Prime Ministers and a host of other celebrities, including writer Thomas Mann, diplomat Carlos R. Romulo, philanthropist Albert Schweitzer and composer Jan Sibelius.

Today Rotary is a global network of 1.2 million neighbors, friends, leaders, and problem-solvers who see a world where people unite and take action to create lasting change – across the globe, in our communities, and in ourselves.