This year, pupils of the Kun Bala Foundation, which provides support to children with Down syndrome, will receive an invaluable gift. The children will have a sports ground, a rope park, a sensory room and a classroom for art therapy. The cherished dream of boys and girls will come true thanks to the members of the Rotary Club of Almaty. 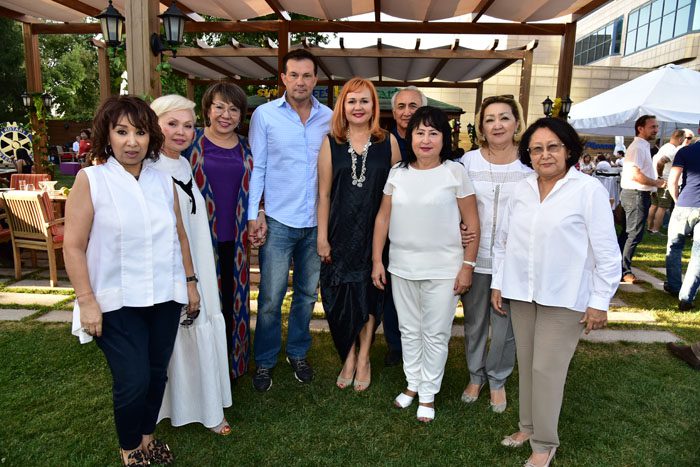 Rotary Club members prefer not to talk about good deeds, but to perform them. Every year, members of the organization buy school uniforms and stationery for children from low-income families. For a single mother who was left homeless after the mudslide, raising three children, they built a new house. And they collected a library of four thousand books for school No. 192, also affected by the water element. As part of Clean Air, Rotarians installed more than 50 bicycle parking lots in the southern capital and equipped the operating rooms at the Aksai University Hospital with modern equipment. Having learned that the Kun Bala Foundation plans to create a rehabilitation center, Rotarians immediately responded - together with numerous partners and like-minded people, they held a charity festival of harvesting Rtveli grapes. Within its framework, a concert was held, at which special guests from Tbilisi performed: the folklore trio "Allegro" and the young singer Edward Tatiana. Art lovers got acquainted with the work of Georgian artists, local gourmets appreciated the taste of Georgian cuisine. Connoisseurs of everything unusual gladly followed the example of the hero of the film "The Taming of the Shrew" and crushed grapes in a barrel, combining work with incendiary dances. During the evening, the organizers held an auction of art objects, branded bows and gifts from large companies. All funds will be spent on the purchase of equipment for the rehabilitation center of the Kun Bala Foundation. The festival was sponsored by Tbilvino, Sarajishvili, San Diego University, the national air carrier Air Astana, the Meloman chain of stores, the Magda design studio, the Intercontinental hotel, the Alcom Plus company and the GIGI Nova restaurant. "By tradition, we always hold reporting events at which we provide full information about the next implemented project," says Maria Kelberg, Chairman of the Rotary PR Committee of the Almaty Club. - And our holiday Rtveli will not be an exception to the rule. We will certainly invite journalists and partner friends to the rehabilitation center after the project is completed, so that they can see with their own eyes the result of our joint efforts. Our old friends from the republican newspaper "EK" will be among the first to receive an invitation.