"I passed" Project. Together against cancer

The project "I passed. Together against cancer " is a series of events that we held together with our main partner - Philips company.

The project was implemented during August-December 2016.
The main goal was to attract the attention and raise awareness of Kazakhstani women regarding breast cancer and the need for regular preventive examinations.

According to health authorities, about 3000 new cases of breast cancer in women are registered (detected) annually in Kazakhstan. At the same time, timely diagnosis and initiation of treatment significantly increases the effectiveness. But most women do not think about it and face the problem at a later stage.

Within the framework of the project "I passed" we conducted a targeted information campaign, in which we attracted well-known women of Kazakhstan - stars of show-business, TV presenters, fashion designers, publishers and public activists. All of them joined the campaign voluntarily  and actively spread the information among their fans calling to undergo a free examination in special centers, which were organized in conjunction with Philips, or go to the polyclinics at the place of residence. One of the centers worked on August 20 and 21, 2016 in Gorky Park in Almaty. During these two days, 140 Almaty women underwent a free examination.

In addition, similar centers have been installed in several shopping centers of the Ramstore network in Almaty and Astana. As a result, more than 600 women underwent breast exams during the "I passed" campaign. At the same time, 97% (i.e. almost every woman who applied) had some kind of pathology, and 5% of women were recommended to undergo further examination in the cancer center.

Also, the project "I passed" included a powerful information support in the media, several specialized meetings with women representatives of business and media industry.

We are sincerely grateful to Philips, which was the main partner of the Club in this project, providing financial and consulting assistance in the implementation. As well as a network of shopping centers Ramstore, which provided space for temporary diagnostic laboratories.

You can watch a short report film about this project below. 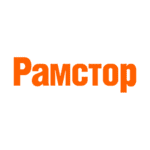